Now before I start, I know now that these types of toilets are very common in many countries and millions of people use them every day. This blog is not about those millions of people though, it is about me and my experience. I still don’t even know what to call it — a “toilet” just doesn’t seem right. Throughout my travels in Asia I just called it the “hole” and will do the same here. 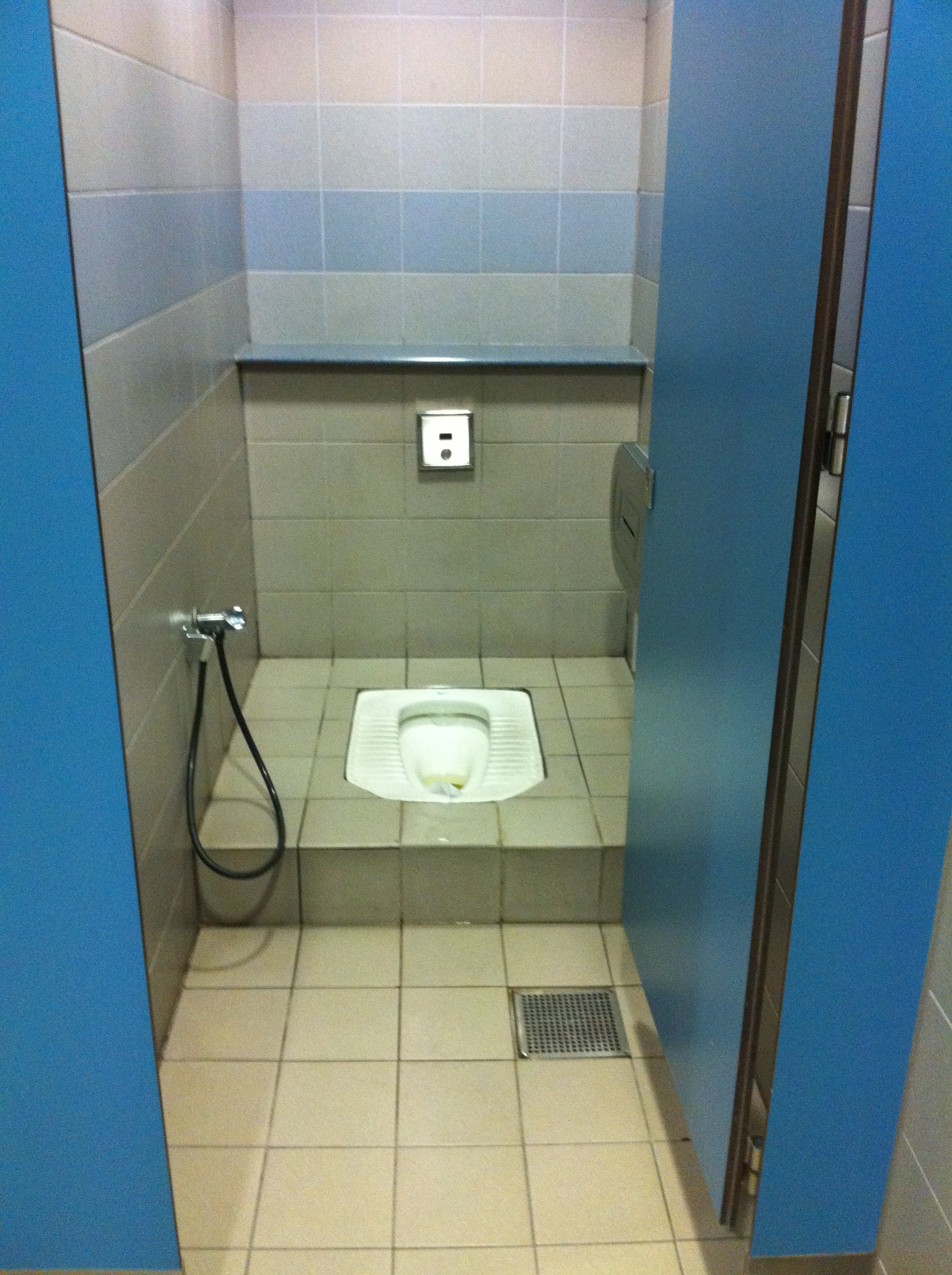 The first time I saw one of these I was shocked! I think I get the general idea of what to do, but without ever seeing a “hole” before, I was unsure of the semantics of the whole operation. For example, am I supposed to hose it down after I use it? How far back do I need to squat? Are the ridges for feet or for something else? How can I keep my pants off the floor? Is it easy to keep balance? Should I keep my legs flexed? What about splashing! And so on and so on…

It may be obvious to some, but without proper “hole”-potty-training as a kid, I had a hard time wrapping my head around it. Most of the places I went to had an option of the “hole” or the standard, upright toilet, so I was able to use what I was familiar with or hold it. However, there was one day when I had an emergency due to some bad food, and I was stuck with only one option… I was able to hold myself for a brief tutorial and pep-talk from my cousin-in-law Zhu He ( lives in China ) over lunch. It proved to be a very awkward yet hilarious conversation — something that really shouldn’t have happened over lunch but so be it. I was told the answers to most of my above questions and with a feeling of a soldier going into battle, I dismissed myself from the table. DUN-Dun-dun…. (enter nemesis) 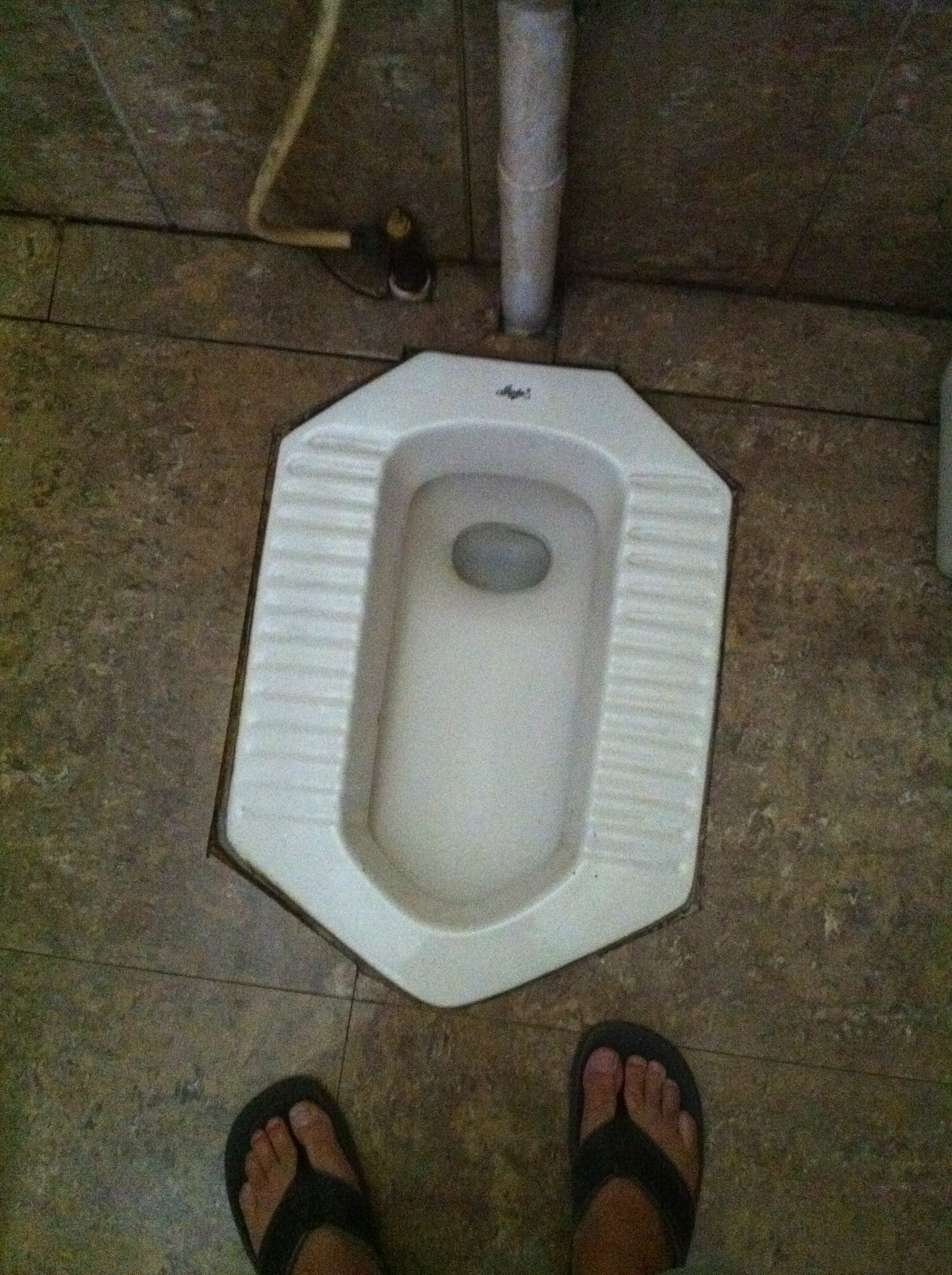 I entered the stall and shut the door with no lock. I briefly considered taking of my shorts and boxers completely, but dismissed the idea due to the inanity of it. Before I dropped my shorts, I wanted to try a practice alignment. I hovered over the bowl and figured out where my feet would need to be to provide maximum splash clearance as well as maximum stability. Turns out that putting my feet outside the ridges worked best for me. With my shorts still on, I tried to practice the bend in my knees so that I would be able to figure out how low I needed to go to be aligned properly and minimize splash. I tried to figure out the best way to access the paper in my pocket while in this position, and determined that the paper needed to be taken out beforehand. There were no shelves or any horizontal surface other than the floor here, so I clamped down on the clean paper-towels in my mouth to keep them accessible. I was not comfortable, but I felt prepared enough for doing what I had to do. Go time.

I won’t go into too many more details here, but as guidance for others who might see this in the future, you are never back as far as you think you are when you squat. I survived the “hole” but I felt very primitive, despite the marble floor and porcelain pit. It really made me miss my good old “John” where a staple of my daily routine is to play chess on my iPhone/iPad while handling business. I could not see anybody doing this when trying to keep balance on top of a “hole”. Oh ya — as an added bonus, it is very uncommon in China for the bathroom to provide TP. So if you go, bring your own or steal some paper towels.