It has been long enough since I worked at GoodGuide that I think I can post this now :)

While developing the GoodGuide iPhone app, my partner on the development team was from Stanford. I went to Cal. For those of you that don’t know, Cal and Stanford are bitter rivals. There was a bet taken on the big game (football) the year the app was initially developed, and the Stanford alum ended up having to wear a Cal shirt to the office when his team lost. A picture was taken and immortalized as an easter egg in the app. 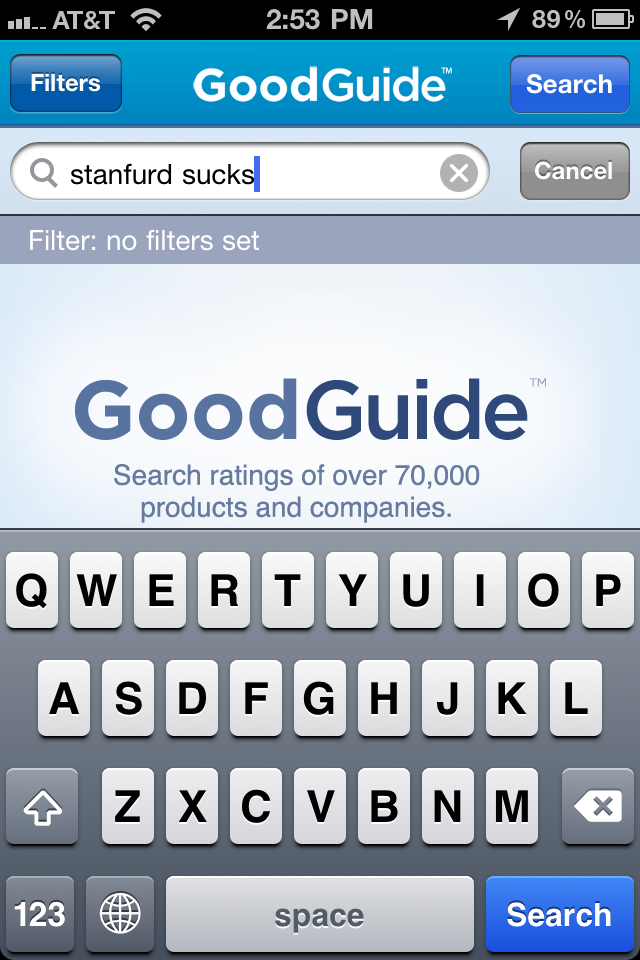 If you download the free GoodGuide app, search for “stanfurd sucks” exactly, complete with all lowercase letters, and the misspelling of Stanford, you will see an amusing easter egg. Enjoy :)