I love Tweetbot for Mac. It is easily the best desktop Twitter client out there, but it has one minor annoyance that stems from my muscle memory. Prior to Tweetbot I used the standard Twitter app. In the Twitter app, I had set a global hotkey to open a compose tweet form as ⌥⌘N. Without even thinking about it, I tend to press that key combination whenever I want to tweet, then usually again when nothing visual happens.

In Tweetbot, this key doesn’t open a new tweet window, but instead opens a new column view, something I have yet to find a use for. It actually took me a few days to realize that I was opening new columns because I keep my Tweetbot right aligned on the right edge of the screen, and new columns just appear on the right side of the app. When I first discovered what was going on, I had about a dozen columns hidden offscreen!

So how did I fix this?

First, Open up the Keyboard Preference Pane in System Preferences and add a new Application entry for Tweetbot. Set “Open in New Column” as some obscure keyboard shortcut you will never accidentally hit. 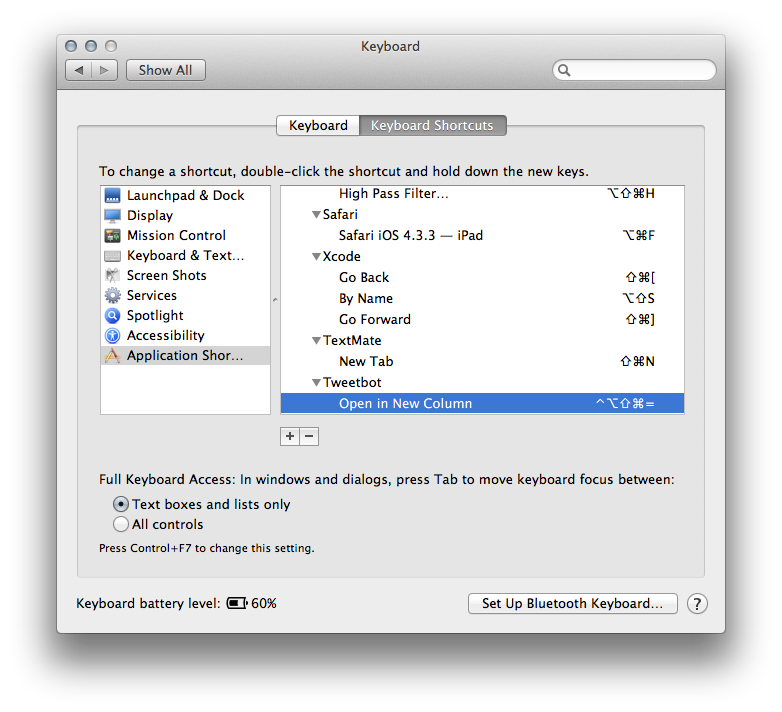 Problem solved. No new columns will ever accidentally spawn. I still wanted a global hotkey though, and while it would be great for Tweetbot to add one, current Mac App Sandboxing rules prevent apps from doing so. So I made my own shortcut using a similar process.

First, download this automator workflow, unzip it and move it to ~/Library/Services. This causes the applescript to be added to the Services menu for almost every app.

Next, in the Keyboard Preference Pane, add a new entry but this time add it under the “All Applications” header. Call it “New Tweetbot Tweet” and assign it a hotkey. For me, I used my muscle-memory committed ⌥⌘N. 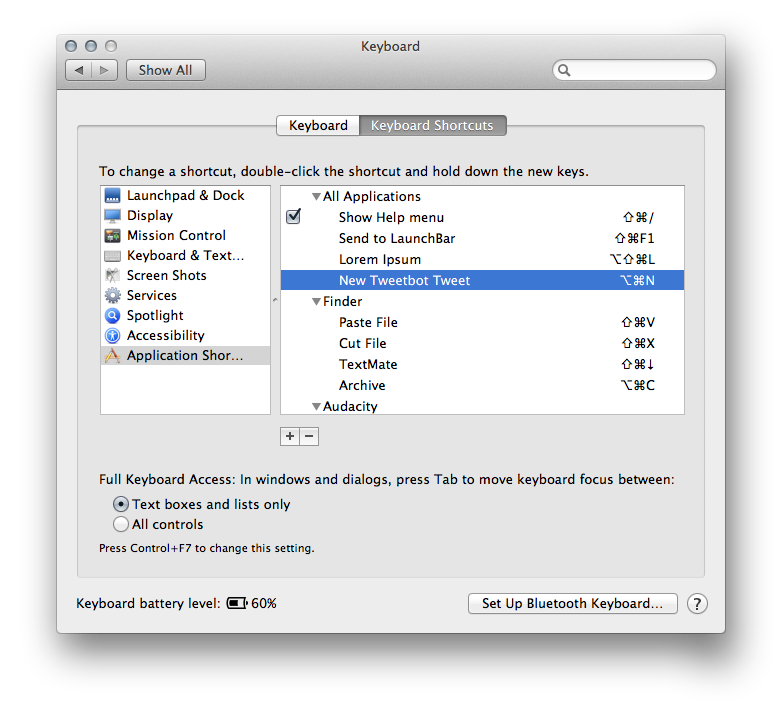