A few weeks ago I decided to use Octopress for my new blog engine when Posterous shut it’s doors, and I love it thus far. There are a few things I miss from Rails though… After working in Rails for so many years, I have become accustomed to some of the nicer elements of developing on the platform, such as the Asset Pipeline.

I want to use something similar but couldn’t find anything nicely packaged up that would do everything I needed it to all in one. My solution needs to:

There are several plugins that seemed to do most of the above points, but nothing that did it all. I got a great head start with the jekyll-assets gem. With the right configuration, the only thing it was missing was point 6. Let’s setup the gem and see how we can add S3 uploading later.

First, as per the jekyll-assets installation guide, add gem 'jekyll-assets' anywhere in the Gemfile. Then run bundle install in terminal to install it.

Create a file in the plugins directory called jekyll_assets.rb. The contents should be a single line: require "jekyll-assets"

Next, you want to setup your _config.yml file to include the correct settings for the gem. You can read all about what each of these variables does over on the jekyll-assets configuration page. Mine looks something like this:

Next, move all of your assets into the source/_assets folder. If it doesn’t exist, create it now. After the move, you should not have an images, stylesheets, javascripts, or any other asset-related directory under the root source directory. Each of those asset-containing folders should now be under _assets so it looks like the sources entry from the config file.

You need to tell the rake generate task to not put the compiled css files in source/stylesheets anymore, but put it in your source/_assets/stylesheets directory instead so that jekyll-assets can find them. Edit the task to look like this:

If you have any other tasks that call #{source_dir}/stylesheets or something similar, update them as well.

Now that the the plugin and configuration is done, it’s time to edit the source files to use the plugin. Start by reading through the lengthy how-to section of the plugin. My setup replaced all css and js files with compiled files in the _assets directory.

You also need to replace any references to images, webfonts, javascript files not in the app.js file, css files not in app.css with the correct markup for jekyll-assets. This was the most time-consuming part for my setup. I ended up doing a ton of regex-based find/replacing in TextMate 2 to make it happen, and it still took about an hour. Most of my edits were swapping out image sources in blog posts with {% asset_path path/to/img %}.

Background images and resources in the stylesheets needed some love too, but there was a bit of an issue with the asset_path liquid tags not being interpreted in the final public stylesheet. Even though the app.css file above was importing the style.css file that compass generated as part of the deploy task, it was not running it through it’s filters. Turns out this was a pretty easy fix though… jekyll-assets was skipping the stylesheet because it was already compressed by compass, so we just need to make sure that it doesn’t get compressed.

In the root config.rb, change the output_style setting to :expanded.

Doing it this way means that we aren’t losing any of the power of Octopress themes by still using compass to compile our sass directory, and that we are just using jekyll-assets to handle assets. Win. 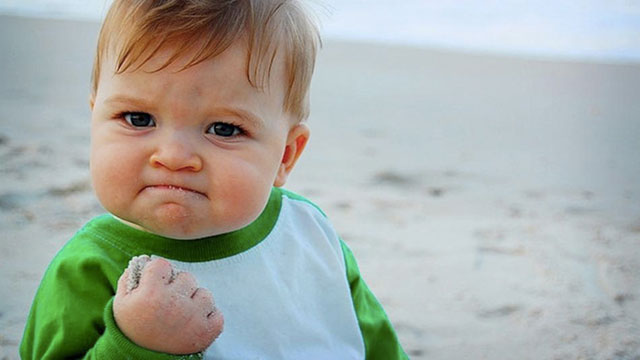 Once I had all the source edited correctly, the stylesheets and the javascripts all setup correctly, running rake generate then compiled and moved the assets into the public/blog/assets directory, then ran through jekyll-assets and compressed. I could stop here but then I wouldn’t have point 6 from above: S3 syncing.

In rails apps, I use the amazing asset_sync gem to keep my S3 bucket and my compiled assets in sync. I figured it wouldn’t be too hard to adapt it to fit into an Octopress install, and I was right.

First, add gem 'asset_sync' to your Gemfile and execute bundle install. The gem has a bunch of setup instructions on it’s site, but most of it is very Rails specific. It turns out that you really don’t need much to unleash the power of this gem, so here it is in a single rake task:

Once this is done, your local public/blog/assets directory will have synced up to your S3 bucket under the path my_bucket/blog/assets.

Because jekyll-assets is hooking on to the rake generate call, I created a new rake task to generate and sync to S3 in one call.

And of course we need to add the new rake task to our rake gen_deploy call.

Hope this helps somebody make their Octopress deploy a bit easier. If you implemented it this way, be sure to let me know how it turned out in the comments. Enjoy!

Lastly, I run a small software company called Urban Apps. It pays the bills so I can take the time to write helpful posts like this one. If you found this posting helpful at all, I would really appreciate it if you would check out my Apps on the iTunes App Store.