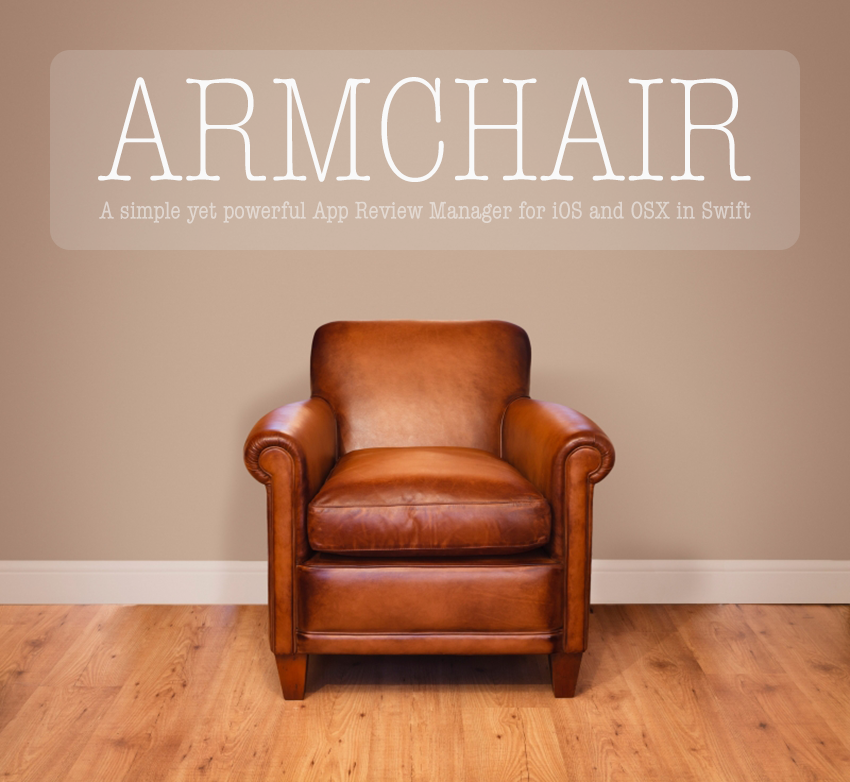 I just released up a helpful little open-source tool called Armchair. Armchair is a simple yet powerful App Review Manager for iOS and OSX written in Swift. It is based on UAAppReviewManager and Appirater but completely rewritten for apps that want to benefit from the power of this new language. 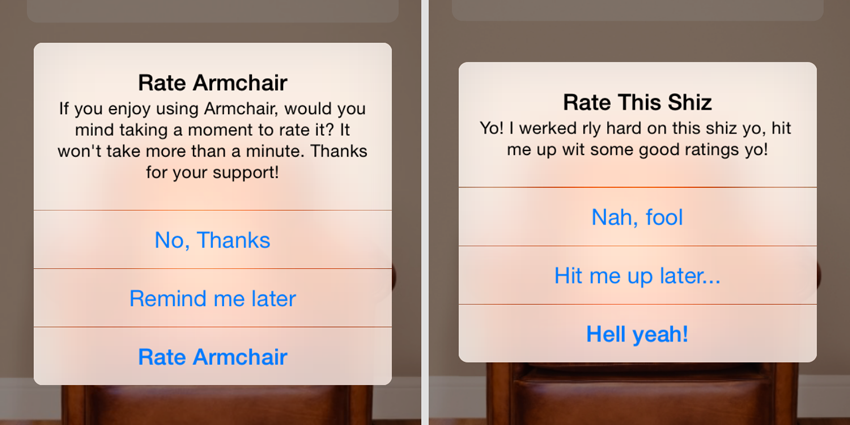 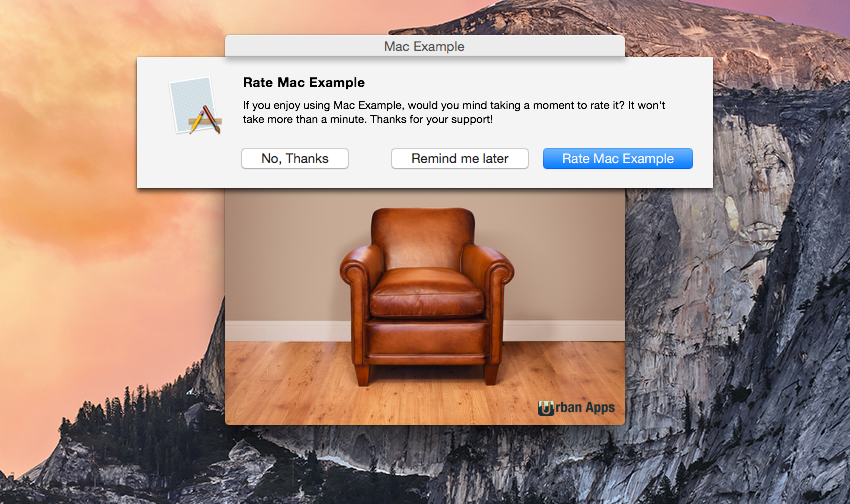 I started addressing these issues in a fork of Appirater, but quickly realized that the entire project could be re-written in a better way to address the above points. Armchair is:

Once all these additions, alteration and features were added, it was too much to push back up to Appirater, so Armchair was born. That being said, some of the existing code logic, methods, and language translations (over 32 of them!) are used from Appirater and due credit needs to be given. Armchair could not have existed without it. Thank you!

Check out Armchair on Github and let me know what you think!

I run a small software company called Urban Apps. It pays the bills so I can take the time to write helpful open-sourced software like Armchair. If you found this posting helpful at all, I would really appreciate it if you would check out my iPhone/iPad Apps on the iTunes App Store.